Word of Hope – The Founding of a Ministry 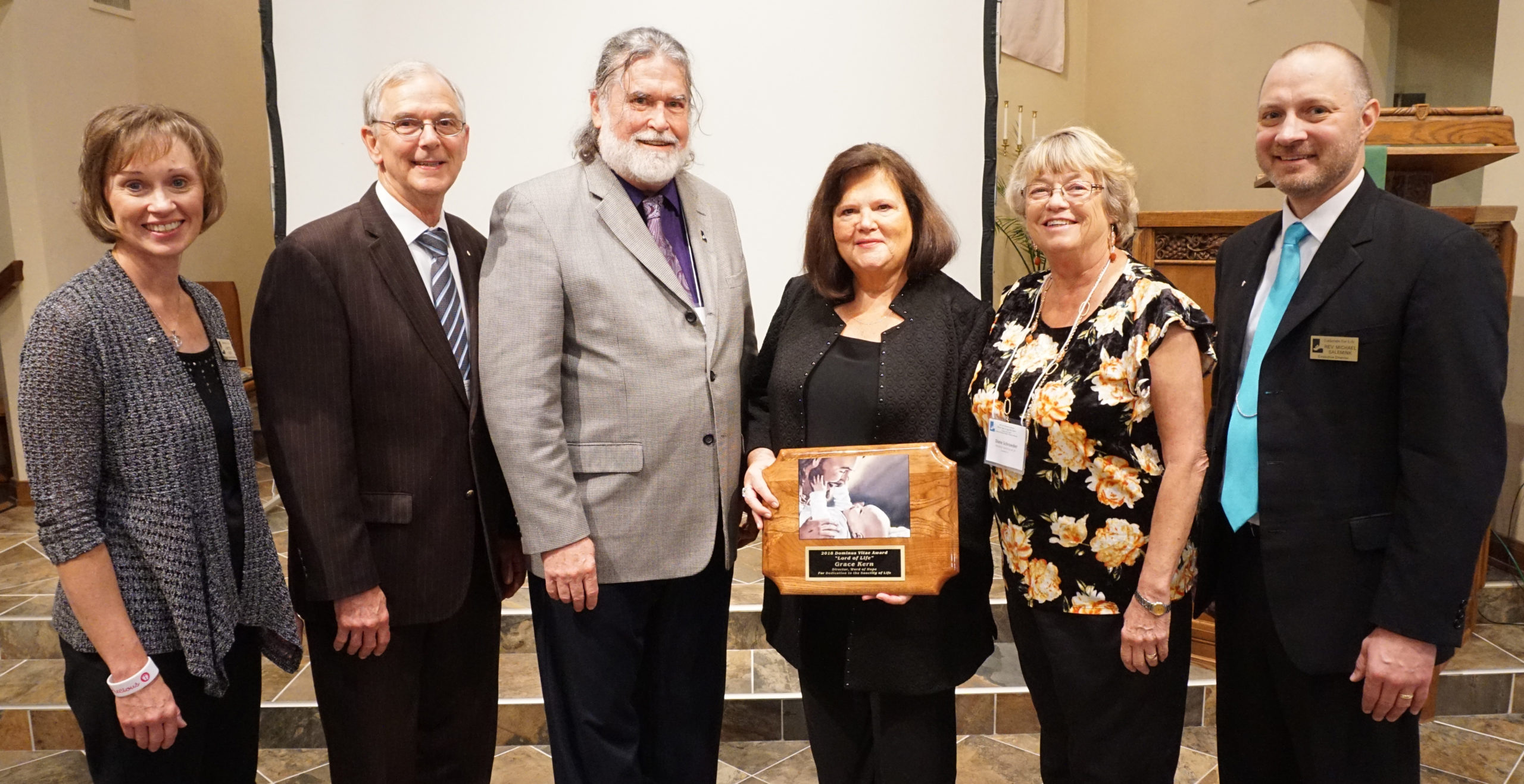 Summary:
In 1991, Lutherans For Life had a vision—to reach Lutheran women suffering with grief and guilt from a prior abortion.

In 1991, Lutherans For Life had a vision—to reach Lutheran women suffering with grief and guilt from a prior abortion. Post-Abortion Syndrome (PAS) was new then. Crisis pregnancy centers were finding that pregnant women who came to them were already feeling remorse over a previous abortion. Many pastors knew how to handle miscarriage and stillbirth but didn’t know how to relate to abortion loss. Members of the Roman Catholic Church had started Project Rachel, but a Lutheran theological perspective was needed that would reach post-abortive Lutherans with the biblical theology of law and Gospel, of sin and grace.

So, Healing Hearts (later named Word of Hope) was started in 1991. Initial funding was needed for the ministry—and it came from an unusual source. At that time, there was an active protest underway in Illinois concerning Lutheran General Hospital’s policy which allowed for abortion. Many Christians protested their policy and, as part of that, leaflets and brochures were distributed to the homes surrounding the hospital. The village of Rolling Meadows maintained that the distribution of these materials was illegal and threatened to arrest those involved. A lawyer involved with LFL in the protest, Carl Schroeder (my husband), spoke to the village attorney, inquiring if he had ever heard of freedom of speech. Carl then began distributing material himself and was arrested. After the village withdrew the charges, he filed a federal civil rights case against the village and collected over $90,000 in a settlement. Healing Hearts was funded for many years with his portion of that settlement.

Until her retirement in 2018, Grace Kern had been the only executive director of Word of Hope, serving without pay for all those years and often contributing her own funds for expenses. Her goal was always to show compassion and not condemnation, recognizing that Jesus died for all sin, even the sin of abortion. In her work prior to Word of Hope, she was involved with a crisis pregnancy center and saw many Christian women who had already chosen abortion for a past pregnancy and now were pregnant again. Word of Hope seemed the right place to reach out to give them a place where they could share their pain.

Over the years, Grace spoke to about 25,000 women, ranging in age from 13-93. She spoke to a young woman whose pastor had told her to get an abortion, which, according to Grace, was one of the worst situations she counseled. Post-abortive women and men came from everywhere: churches, high schools, colleges, the military, shelters, court services, jails, prisons, health departments, hospitals, YWCA, youth officers, and more. Calls came in from all over the world. Grace’s commitment to the women and their families involved taking calls in the middle of the night, visiting mental hospitals, going out late at night to visit with a woman because of a suicide attempt, and taking people into her home, among many others. She worked with the LCMS military chaplains who were dealing with the issue of PAS with female recruits. She also trained deaconesses from Concordia – Chicago to spread the Word of Hope message all across the nation through their various assignments.

Countless babies were saved. Babies were placed for adoption—too many to count.

Kathy, her first client, had an abortion at five months and called Grace when she found she was pregnant again. Her “baby” is now 33 years old, and Kathy is a colonel in the army. Kathy found Word of Hope through an advertisement in an LCMS newspaper.

Frank, who suffered from severe depression following an abortion decision 27 years before, found one of Word of Hope’s brochures in a Lutheran church. Through his work with Grace, he came to know Jesus and accepted forgiveness for the abortion.

Another young man, Daniel, as a result of his girlfriend’s abortion, drank too much in a bar and was involved in an auto accident that killed the daughter of a pastor. He served 10 years in prison and corresponded with Grace during that time. Upon his release, Grace arranged for Daniel to have a job with her husband’s business. He now works for the government and is married with two children. (Word of Hope was truly a family affair in the Kern household.)

Grace feels blessed to have been able to serve the Lord in this incredible For Life battle. To guide so many and to share God’s forgiveness have been great joys in her life. Working alongside so many fine Christians in Lutherans For Life that strengthen each other has been wonderful. Once, while enjoying a Mother’s Day lunch at a local Chicago restaurant, two separate women, each with their child, came up to her and thanked her for talking to them in their time of need, introducing their children who had been saved from abortion because of those conversations.

Grace still receives calls and knows that she will continue to serve because she sees God working in incredible ways. At the October 2018 Lutherans For Life National Conference, Grace received the Dominus Vitae Award, which is presented by LFL to an individual for one or more specific achievements or for long-term, dedicated, life-affirming work. Throughout her time of service with Word of Hope, Grace has always demonstrated her love of people and true compassion for those who are hurting. She is truly deserving of this reward. Well done, thou good and faithful servant!

Diane E. Schroeder is former president of Lutherans For Life

By this we shall know that we are of the truth and reassure our heart before him; for whenever our heart condemns us, God is greater than our heart, and he knows everything.

If we confess our sins, he is faithful and just to forgive us our sins and to cleanse us from all unrighteousness.

Blessed be the God and Father of our Lord Jesus Christ! According to his great mercy, he has caused us to be born again to a living hope through the resurrection of Jesus Christ from the dead.

There is therefore now no condemnation for those who are in Christ Jesus. What then shall we say to these things? If God is for us, who can be against us? He who did not spare his own Son but gave him up for us all, how will he not also with him graciously give us all things? Who shall separate us from the love of Christ? Shall tribulation, or distress, or persecution, or famine, or nakedness, or danger, or sword? As it is written, “For your sake we are being killed all the day long; we are regarded as sheep to be slaughtered.” No, in all these things we are more than conquerors through him who loved us. For I am sure that neither death nor life, nor angels nor rulers, nor things present nor things to come, nor powers, nor height nor depth, nor anything else in all creation, will be able to separate us from the love of God in Christ Jesus our Lord.

Jesus stood up and said to her, “Woman, where are they? Has no one condemned you?” She said, “No one, Lord.” And Jesus said, “Neither do I condemn you; go, and from now on sin no more.”

For I know the plans I have for you, declares the LORD, plans for wholeness and not for evil, to give you a future and a hope.